From Cowboys & Pirates to Princesses!

Whilst the snow falls here in Leatherhead I am trying to keep warm and what better way of doing that than curling up in front of a lovely warm fire and dreaming of hot places - well perhaps less of the dreaming and more of the reading about in my case. I have just had the pleasure of reading three fabulous picture books, two of which are due for publication in the new year and which I am quite certain will find legions of adoring fans very quickly!
The first book I delved into and which really did take me away from the snow was 'Desert Rose' by Alison Jackson with illustrations by Keith Graves, a wonderfully bright, new and funny picture book. This is the story of a pig farmer and her very lazy hog. Rose, f 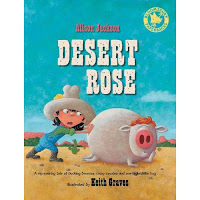 or that is the farmer's name believes that she has found, with the help of a little bit of gold, a prize winning hog to take to the state fair but the hog is stubborn and lazy, refusing to cross a creek. Rose tries in vain to enlist the help of a host of animals all of whom have their own excuses. When she rather nicely approaches her final animal and asks politely for some help a hilarious chain of events begins. This book not only introduces children to a dialect, in rhyme, a new country and some new animals but also to the importance of politeness and manners. Children will love listening to this story read out loud in a Texan drawl if you can manage it and the bright pictures are certain to keep them entertained too. 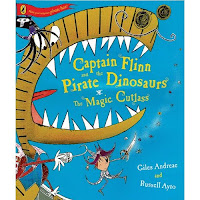 From this I turned to 'Captain Finn and the Pirate Dinosaurs: The Magic Cutlass' by Giles Andrae and illustrated by Russell Ayto. As usual Captain Finn and his pirates find themselves in a brilliant adventure featuring their favourite enemies the Dinosaur Pirates. In this title they find themselves teaching the Dinosaurs an important lesson about not bullying and playing fairly. Any young readers already fans of this series will love this latest adventure, and adore the chaotic, fabulous illustrations that deserve having plenty of time spent pouring over them for they are detailed and completely crazy as well as being great fun! 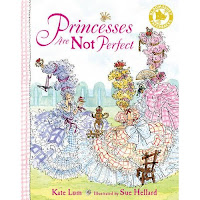 nd Sue Hellard's 'Princesses are Not Perfect' - a surprising title because of course we all believe that they are! In this story there are three princesses each of whom excels in their own area - gardening, woodwork and baking. When they declare themselves to be bored of this excellence and determined to switch roles the results are quite hilarious, yet also touching and the end result is well...surprising. With beautifully intricate and detailed illustration this is a book for the girls. It is a fun story to read and share whilst at the same time imparting to children an important message about using your talents and skills wisely. Are Princesses Perfect? Read on to find out for yourself.
Posted by Unknown at 16:38 1 comment:

All Shapes and Sizes

Books come in a variety of shapes and sizes, some have only pictures others only words and others still a combination. Yet it is not only the formats which differ but also the style in which they are written, sometimes depending on the audience at other times dependent on the type of story they want to tell.

So it is that I have been reading two very different books, Eoin Colfer's 'And Another Thing' and Toon Tellegen's 'Letters to Anyone and Everyone' with illustration by Jessica Ahlberg. 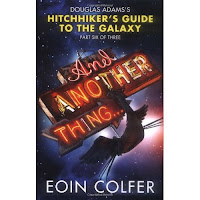 Eoin Colfer's book is necessarily madcap, action packed and quite honestly full of such a variety of eclecticism that it is quite difficult to describe! Following on in the footsteps of Douglas Adams was never going to be easy but Colfer has done it with a passion and reverence. His style is to narrate the story with interjections from the Hitchhikers Guide, hence the relevance to different styles of writing. Anyone unfamiliar with this series would do well to start with book 1 if only to meet all the characters, from then on, in many ways it does not matter which book you read. Colfer has helped me finally gain a clearer understanding of the whole story, our favourite characters are all here - Ford, Trillian, Arthur, Zaphod and others, there is, of course a very large slab of cheese and also a pantheon of unemployed gods. I loved this book for its madness, sense of fun and adventure and variety of story as well as styles of writing. 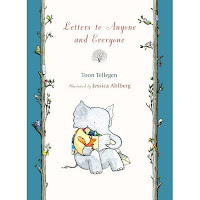 Tellegen's book of letters is another rather extraordinary book. This one is aimed quite firmly at young readers and features a series of interlinked letters between animal friends and from creatures of the earth to the sun! A series of short stories in a letter format this is a charming little book to be dipped into at leisure and it is in fact all the more charming for this reason, it can be picked up and read at the fancy of its reader. The stories are quite whimsical and utterly charming, I love the idea of writing a letter to a letter, of birds communica

ting by letter and of the squirrel and the bear exchanging birthday cake ideas. With exquisite and delicate illustration from the highly skilled Jessica Ahlberg this is a book to be treasured by chidlren and adored by adults. Yes, it may have been written with children in mind but I very much doubt any adult could resist its charm!

Two books with very different styles of writing yet both engaging and exciting in their own way, without this variet

y we would perhaps be much less inclined to read so I for one am very glad of it and urge you all to try something new and surprise yourselves!

I am not usually a fan of horror books - certainly not those written for adults but horror and gothic lit for children whilst it is chilling remains refreshingly appealing and innocent - to a degree. So this week having read three books of horror and terror I redress the balance with three books of fairies and magic! Perhaps there is something here for the boys as well as the girls and I am not going to say which is which!
To begin with then the horror - well one could find themselves planning to dip into Grisly Tales from Tumblewater by Bruno Vincent - a series of interlinked short stories 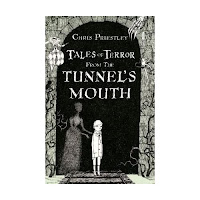 clevery woven together to make the reader feel they have achieved the level of reading a whole whilst quietly luring them into the next and then before they know it the whole book! Brilliantly macabre, compelling and yet strangely amusing! Then there is the second Raven Mysteries title Ghosts and Gadgets from Marcus Sedgwick, an easy read and very funny, perfect for Junior readers who are not quite ready for
Debi Gliori's Pure Dead books, have perhaps tired of Lemony Snicket but want something along the same lines. Brilliant writing, wonderful description and a keen sense of fun horror. Finally for the horror at least there come Tales of Terror From The Tunnels Mouth by the fabulous Chris Priestly. A collection of short stories that do not quite interlink in the same way as Vincent's book yet are equally compelling and easy to become lost in. With lots of terrible twists and turns these are not bedtime reading but they are clearly quality stories of dark deeds wonderfully illustrated David Roberts, in pen and ink to convey the feeling of darkness.
If a little light relief is needed after all this darkness then what better way to find it than by turning to the charming Merlina and the Magic Spell by Daniela Drescher. Merlina the little sorceress and her dragon Igor are busily gathering fruit when Igor hurts his foot. Can Merlina find a spell to make him better? A charmingly sweet story with so much detail in the exquisite drawing that readers will be coming back for more. Eva Montanari is another talented author and illustrator whose work it is possible to see on display at the Illustration Cupboard in London until 20th January 2010. If you are in London this is well worth popping in for, her work is charming and exquisite, painstakingly detailed yet simple enough for the youngest eyes whilst her writing is full of sparkling magic and humour befitting of the titles. Princess Matilda has a wonderful imagination and can be many things but what she really is provides a wonderful surprise for the reader every time! Her Witches and Fairies on the other hand is a story with a strong moral about identity, yet at the same time a wonderfully funny tale of one dark night in the woods when the witches and fairies meet... 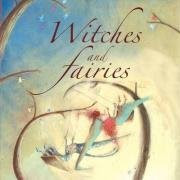 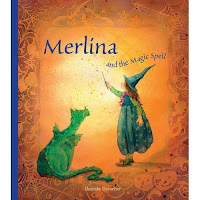 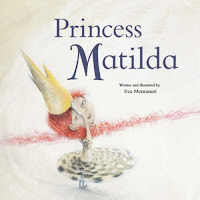 Have fun with some or all of these books and remember they are just stories and in stories monsters can become fairies so have sweet dreams!
Posted by Unknown at 19:10 No comments: